Last week, I called my big sister in Wisconsin to wish her a happy birthday and to inform her that, due to my overwhelming schedule of summer activities with work and kids, I had not found the time to mail her birthday present, which of course, was a lie because, in fact, I had consumed her birthday present long ago and just hadn't had the opportunity to dash back to the liquor store and purchase an appropriate replacement.  Anyway, between my off-key rendition of "Happy Birthday" and my myriad of excuses, she pointedly observed, "Hey!  You haven't written jack-squat in ages, you lazy bum!"

Well, sadly enough, horse racing inspiration runs shallow this time of the year.  Saratoga and Del Mar are inconveniently located 1,671 and 1,356 miles away respectfully.  Simulcasting is nearby, but getting into my car on these mercilessly hot summer days is like stepping into an Easy Bake Oven.  And the "players" are constantly changing - injuries and retirements in the midst of a swirling whirlwind of new and upcoming 2-year-olds - that it just becomes easier to spend my free time lounging in the pool and/or scouring eBay for deals.

But the biggest distraction/excuse/preoccupation is the London 2012 Summer Olympics. 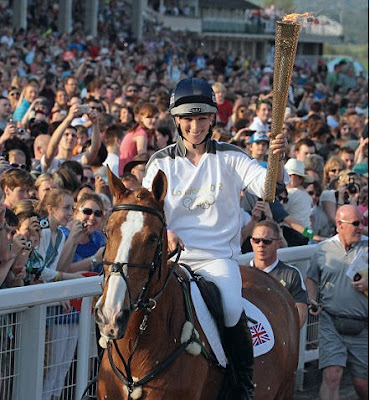 First thought:  (snort) Guess how she got the job??
Actually, the Queen's granddaughter is a world equestrian champion.  Additionally, it was aboard Toytown when she won the the 2006 Eventing World Championships.  And to prove her world class equestrian prowess, she's part of Team GB that won the silver medal in the equestrian team event.  Okay, maybe they would've won the gold if not for the fact that Zara and her horse, High Kingdom, clipped a fence.  Ups-a-daisy ... 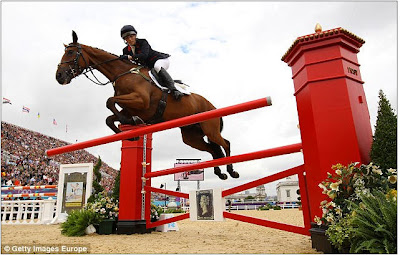 In the You-re Never Too Old to Live Your Olympic Dreams, Hiroshi Hoketsu, 71, is the oldest competitor at the 2012 Olympics.  He didn't exactly light up the leader board in the Grand Prix individual, but he earned a respectable 68.739 percent.  He hasn't ruled out Rio 2016 but his dressage partner, 1997 German-bred chestnut mare Whisper, is "too old" and will be retired. 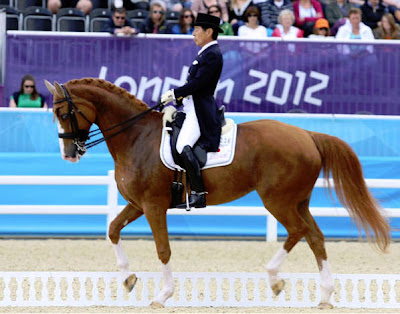 And finally, even in the international spectacle of the Olympics, nobody is safe from American politicians.  As I'm sure you are keenly aware, Ann Romney, wife of Presidential Wannabe, Mitt Romney, is a co-owner of Rafalca.  Although Rafalca failed to advance in dressage, she is still under consideration as a potential vice presidential running mate. 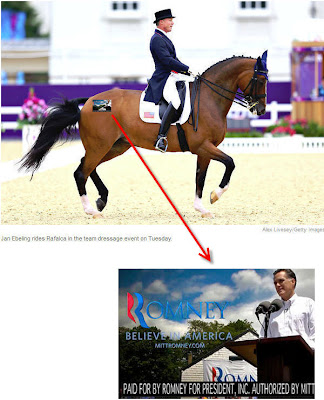