Today Lone Star Park takes a break from its concert schedule to feature a horse race, the $200,000 Texas Mile (Gr. 3).

The race has attracted a nice field of 10, with a couple of notable shippers. Canonize, winner of the Santana Mile, ships in from Santa Anita and clearly looks like the horse to beat. Rumor has it that once he discovered an element called "dirt", he turned into a new racehorse.

Trainer Eoin Harty brings in Endorsement. He recently ran some nice allowance/optional claiming races at Gulfstream. You may remember him from winning the Sunland Derby in 2010. With visions of roses dancing in his head, he unfortunately sustained a non-displaced right front condylar fracture in a workout at Churchill Downs the week before the Kentucky Derby. He's owned by one of our favorite owners and pseudo-fan of Post Parade, Bill Casner.

However, I never pass up anything that trainer Donnie Von Hemmel puts on the racetrack, especially here at Lone Star Park. He saddles Moonshine Mullin who recently raced at Oaklawn Park. He's eligible to improve in his 3rd start of his cycle. And at nice odds (morning line of 12/1), he would help pay for that pool resurfacing that I so badly need this spring. 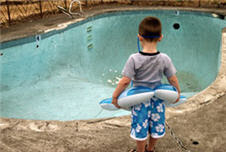